(B) Average of 10 subsequent fluorescence traces (ΔF/F0) of voltage (magenta) and [Ca2+]i (green) recorded at the three different sites indicated in A: SS and two TTi. APs are elicited at 200 ms (black arrowheads).

(C) Superposition of the Ca2+ traces nearby SS and TT1 (Top) and of SS and TT2 (Middle). (Bottom) A close-up of TT2 and SS superposition (interval indicated by dashed line in the middle trace).

Structure and Spectra of ElectroFluor530TM

Unique Packaging for Convenience and Reliability 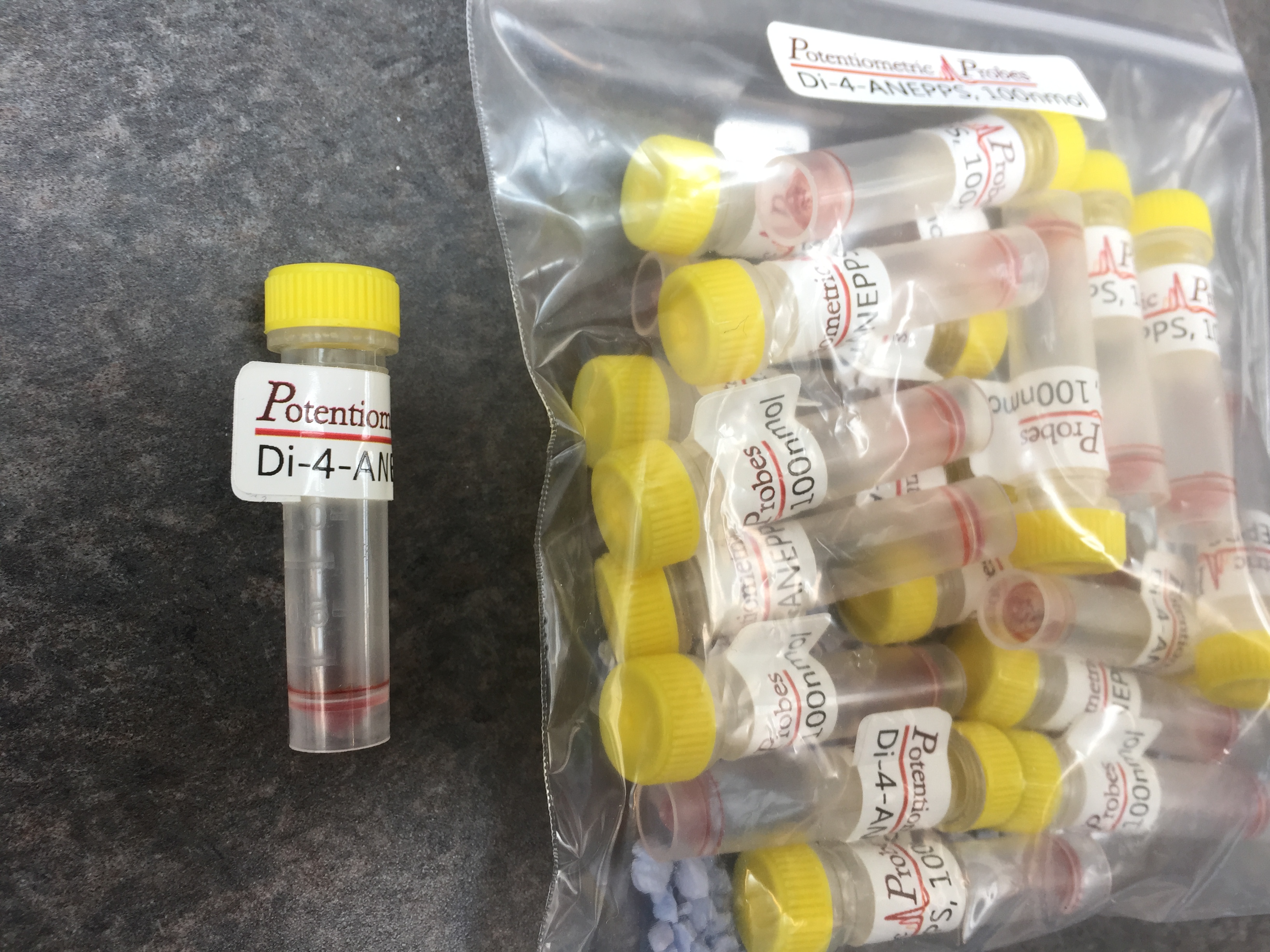